Blackrock’s CEO says crypto “ can become a great asset class, ” but it is not a substitute for currency 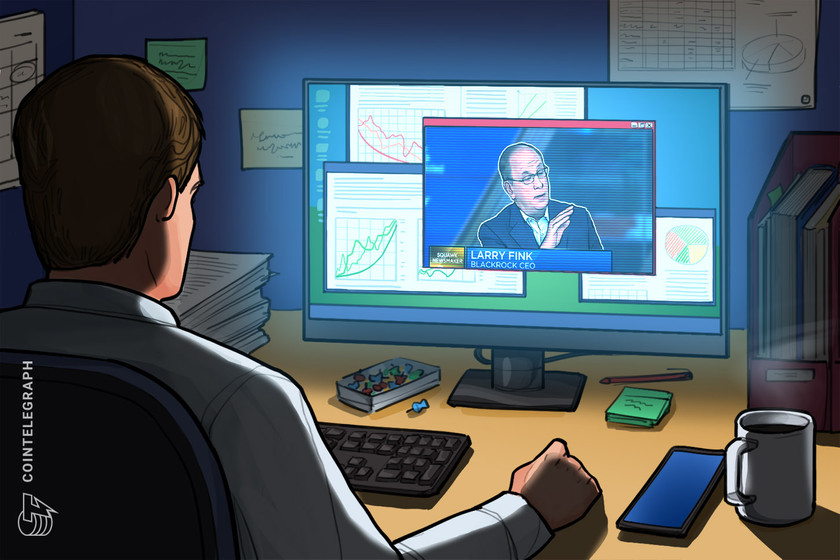 Despite the successful rollout of Coinbase’s stock yesterday, Blackrock CEO Larry Fink still expressed some concerns about the institutional adoption of crypto.

In an interview with CNBC’s Squawk Box today, Fink said he was “encouraged by the number of people focusing” on crypto and the story surrounding it, but seemed to suggest that his views were largely unchanged in the wake of a major cryptocurrency exchange that went public.

The Blackrock CEO was seemingly more optimistic about the idea of ​​stablecoins, calling them ‘dollar cryptocurrencies’. However, he added that the asset manager had not seen rising interest from institutions around the world, saying climate risk, the state deficit and inflation received more attention in his circles than crypto.

“We’re studying it, we’ve made money with it, but I’m not here to tell you that we see a broad interest from institutions around the world […] We’ve had very little interconnectivity in the conversation about crypto, other than a fascination. “

The CEO previously called Bitcoin (BTC) an untested volatile asset within “a very small market” whose long-term viability has yet to be proven. However, the company’s chief investment officer Rick Rieder said in November that “Bitcoin is here to stay” and that the crypto asset would likely “take the place of gold to a great extent.”

Asset manager BlackRock has indirect exposure to Bitcoin through its ownership stake in business intelligence company MicroStrategy. The company made an initial $ 425 million investment in BTC last summer and has since added thousands of BTC to its holdings. After Bitcoin’s price hit an all-time high of over $ 64,000 yesterday when Coinbase’s stock opened on the Nasdaq, MicroStrategy’s stock rallied more than 10% to an intraday high of $ 770.

Despite seemingly mixed messages from Blackrock executives about crypto, the company may be exploring the possibility of becoming more directly involved with the industry. In January, the US Securities and Exchange Commission website showed two prospectus applications for two Blackrock funds. Both may have mentioned using Bitcoin derivatives and other assets as part of their investment program.